Home | From Consultation to Special Connection 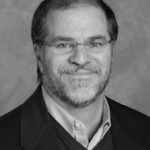 MNAAP President-Elect Sheldon Berkowitz, MD, FAAP, attended the May 2019 signing ceremony of the bill which formed the Rare Disease Advisory Council. His attendance was at the request of the family who advocated for its creation, and he shares these thoughts with Minnesota Pediatrician.

“I’m not sure if you remember me, but I am Chloe Barnes’ mother.” This was the beginning of an email I received in March 2019. To be honest, I vaguely remembered the name but once I looked up her medical record, it all came back. This family came to see me for a second opinion nine years earlier with concerns about their daughter’s lack of walking ability and muscle strength. I examined her and agreed with her parents that yes, her gross development was delayed and she had some hyptonia. I thought further testing was indicated. We talked about whether the parents wanted to have this done with their primary care physician (to whom I would send a copy of my notes) or have me start it, and they requested I order the tests. A neurology referral, brain MRI and subsequent workup showed that she had a severe neurologic disorder. She eventually underwent a bone marrow transplant, but succumbed to her disease a few months later. Other than the initial clinic visit and a preoperative exam for her MRI, along with a few other phone calls along the way, my involvement in her care was very limited.

Fast forward nine years to the email I received from her mom that ended with, “Thank you for your dedication to these little ones.” There were other emails we traded over the next two months, including one where this mom wrote me that “your clinical judgment gave Chloe a chance” and others where we discussed the bill she had been working on to get additional resources and funding for a Rare Disease Advisory Council from the Minnesota Legislature. We talked about how the Minnesota Chapter of the American Academy of Pediatrics had already signed a letter of support for the bill. Finally, I received an email inviting me to join the family and others for the signing of this bill by the governor. Next thing I knew, I found myself in the Minnesota Capitol Rotunda greeting Chloe’s mom with a big hug.

What I heard from her that day, as well as from Chloe’s father when I reintroduced myself to him at the actual

signing, was how significant my involvement had been for this family. They talked about how important my listening to their concerns and taking them seriously and then acting on them had been.

In addition, they talked about how even though their child eventually died from her disease, my assistance in getting a diagnosis made and treatment provided, gave them extra time with her and allowed them to feel that they did everything they could for her.

I write this not to pat myself on the back as I really don’t think I did anything that remarkable. But to this family I did, and that is a very humbling feeling. As pediatricians, we are allowed into family’s lives and learn intimate details about both their children and often the parents. We are expected to guard that information carefully and to act on it for the best interests of the child we are caring for. Sometimes, that relationship develops over years or decades, while other times it may be a single or a few visits and phone calls. We can never know what impact our involvement in a child or young patient or their family’s life will be. But we should always be aware that it may end up being an incredible experience for everyone involved and make sure we do everything we can to make that happen.

Sheldon Berkowitz, MD, FAAP, is the president-elect of the MNAAP. Dr. Berkowitz is a pediatrician in the General Pediatrics Clinic in Minneapolis and also the Medical Director for Case Management, Utilization Management and Clinical Documentation Improvement for Children’s Minnesota.