During the legislative session, MNAAP members receive bi-weekly legislative updates emailed to them from the chapter’s policy chair and lobbyist. 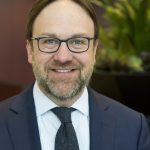 Nothing about our politics is normal these days. Had a Hollywood screenwriter written a script describing the state of our nation and national discourse, it’s not hard to imagine that it would be viewed as too fictional to be real.

The arrival of COVID-19 in Minnesota in March completely scrambled the 2020 legislative session. The legislature extended its spring break by a week to put in place a new system of conducting business, and much of the remainder of the session was conducted remotely or in a Capitol building that was largely closed to the public. The unusual nature of the session continued into the summer and fall, as legislators returned to the Capitol multiple times for special sessions, as state law requires the legislature to convene when the governor initiates or extends a peacetime emergency declaration. While much of the content of these special sessions was political points-scoring and gamesmanship, some good work has come from the sessions, including an extension of telemedicine flexibility, a package of law enforcement and policing reforms, and a House resolution recognizing racism as a public health crisis.

It’s been said so often it has become a cliché, but this really could be the most important election in our lifetimes. COVID-19 continues to sicken and kill thousands, the economy has been devastated, distrust of science and medicine runs rampant, and state budget surpluses have morphed into a projected deficit of more than $7 billion for the next biennium. In addition to the presidential race, voters will see a competitive campaign for U.S. Senate, at least three tight races for the U.S. House of Representatives, and all 201 state legislative seats will be on the ballot. The margin in both the Minnesota House of Representatives and Minnesota State Senate are narrow, meaning one, both, or neither body could flip to the other party’s control. As November looms closer, exercise caution in turning on your television or opening your mailbox, as the airwaves will be filled with what is likely to be one of the most negative campaigns in history.

Many traditional election activities have been deeply impacted by the pandemic. The two major party nominating conventions were held virtually, large rallies are (mostly) not taking place, and the ‘meat and potatoes’ of campaigning – door-knocking and canvassing by candidates and volunteers – will look very different. That said, there are many ways to play a role in electing candidates who support healthy kids.  State legislative candidates may well knock on your door in the coming weeks and months, and there are few better opportunities to press candidates on the issues that matter to you and the kids and families to whom you provide care. And while some are uneasy with money in politics, supporting candidates who share your values with your financial support is a critical means to influence who will have a seat in both Washington, D.C., and St. Paul. And most importantly, exercise your right to vote.  Decisions are made by those who show up, and there is far too much at stake to sit this election out.  Election Day is November 3.  Get out and vote!

Racism the Subject of House Resolution

The Minnesota Legislature returned to St. Paul for the second time in as many months for another special session on July 13.  State law requires the Legislature to be in session should the governor implement or extend a peacetime emergency declaration. Gov. Walz did just this week, extending the existing emergency declaration into mid-August.  While the GOP-led Senate voted to end the emergency, the House rejected a similar effort.

In addition to consideration of the emergency declaration, the Legislature is working to find agreement on proposals to fund major municipal, university, and other public infrastructure projects, as well as a package of tax relief.  Many legislators hope to pass policing and law enforcement reform in the wake of George Floyd’s murder, but the GOP and DFL proposals differ dramatically in scope.

The House may also consider  H.R. 1, a resolution stating that racism is a public health problem.  The text of the resolution, available here, notes that the American Academy of Pediatrics and other notable physician and health care organizations “recognize that racism is a social determinant of health that has a profound impact across the lifespan of an individual and that failure to address racism is an urgent public health issue that will exacerbate and perpetuate existing health inequities.”  The resolution, authored by Rep. Ruth Richardson (DFL – Mendota Heights), passed out of the House Rules Committee and was referred to the House floor.  The resolution does not at present have a Senate author.  While resolutions such as this do not carry the force of law, they can serve to highlight important issues and communicate that an issue is of great importance.

MNAAP members are urged to contact their legislators urging them to take up and pass H.R. 1. To learn how to contact your state legislators please click HERE.  An effective message to legislators will note your experience as a pediatrician or pediatrician-in-training. As is always the case when communicating with policy makers, telling a story about your patients or practice is an effective way to make the case for action.

The end of the 2020 session arrived with both a flurry of activity as well as an expectation that legislators will soon be back in St. Paul for a special session. The COVID-19 pandemic scrambled the priorities of the House, Senate, and governor, and several high-profile items – a bonding bill most notably – remain unfinished. State statute requires the Legislature to return in the likely event the governor wishes to extend the peacetime emergency declaration past June 12.

After several sessions of effort, as well as by the action of dozens of Minnesota communities and counties, as well as the federal government, Governor Walz signed legislation raising the age to purchase tobacco and nicotine products to 21. The move is anticipated to prevent thousands of Minnesotans from becoming addicted to nicotine, as the vast majority of smokers begin before the age of 21. Passage of T21 was a 2020 priority issue for the MNAAP.

The effort to reform how prior authorization (PA) is governed passed the Legislature by wide, bipartisan margins and awaits the governor’s likely signature soon. The effort, strongly supported by the MNAAP, will speed the delivery of care when a drug or procedure requires PA, while also requiring health plans to post the written clinical criteria that governs their PA requirements. The bill also includes continuity of care provisions that will ensure coverage when a patient switches health plans or insurance products. And finally, the bill requires that “peer to peer” appeals be conducted by a Minnesota-licensed physician with expertise in the same or similar specialty as the condition or health care service being considered.

Legislation to reform the prior authorization (PA) process cleared committees in both the House and Senate in recent days. The MNAAP-supported bill includes several provisions intended to assist in ensuring patients receive timely care while also removing the administrative burden of prior authorization. The bills accelerate the timelines health plans are allowed to review PA requests, requires plans to post clinical criteria used for prior authorization, provides for a transition period for patients who change health plans, and several other provisions.

MNAAP leadership and staff continue to lobby the Minnesota Department of Human Services (DHS) for flexibility in how Child & Teen Checkup (C&TC)  visits are reimbursed given the dramatic increase in these visits being done via telemedicine, meaning some services otherwise part of the C&TC bundled payment cannot be completed.  The MNAAP has lobbied the administration to reimburse for these visits at the full rate with the expectation that the services will be provided at the patient’s next visit.  DHS has indicated that they face several challenges in accommodating the request.

Gov. Tim Walz continues to use his executive authority to enact time-limited changes in many areas and industries. In addition to recently extending the “stay at home” order for several weeks, he also acted to allow physicians and nurses from other states to practice in Minnesota during the peacetime emergency.  Another order modified an earlier executive order prohibiting elective surgeries and procedures. The new order allows such procedures to go forward if certain conditions regarding personal protective equipment (PPE), screening and testing capacity, and other metrics are met.  The MNAAP assisted in making recommendations to the governor.

The MNAAP has sought to expand reimbursement for Child & Teen Check-up (C&TC) services to better accommodate the challenges of delivering health care services via telemedicine. Current regulations allow payment for C&TC services delivered via telemedicine, though the reimbursement is lower given that the entire bundle of services – including physical exams and diagnostic testing – is not able to delivered telemedically.  Several states have acted to deliver full reimbursement with the expectation that clinics will complete the services once the patient is able to be seen in clinic. The MNAAP’s letter of request to DHS was joined by a number of other provider groups, including the Minnesota Academy of Family Physicians (MAFP), Minnesota Medical Association (MMA), the Minnesota Chapter of the National Association of Pediatric Nurse Practitioners (NAPNAP), and others.

Legislation to expand access to affordable insulin for low-income, uninsured, underinsured individuals and Minnesotans with high drug expenses became law after a debate stretching back to the 2019 legislative session.  Under the new law, which is effective July 1, both emergency insulin and longer-term access is given to eligible individuals.  The bill builds upon existing insulin manufacturer’s patient assistance programs and passed both the House and Senate by wide, bipartisan margins.