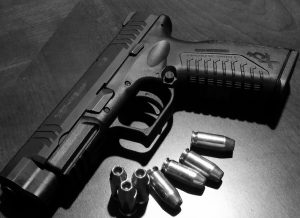 Firearm-related fatalities are the third leading cause of death among children in the U.S., taking about 1,300 young lives annually. Several thousand children are injured by firearms yearly, and as many as 4 percent of children have witnessed a shooting in the past year causing immeasurable psychological trauma.

But what can we, as pediatricians, do to protect children from gun violence?

We can give very specific guidance to parents on how to safely store guns (if owned) and how to talk to their children about firearms. We can advocate for policies that have a track record for decreasing gun violence. This is an issue “in our wheelhouse” that we are equipped, and obligated, to address.

As pediatricians, we are in a unique position to rise above the partisan debate and advocate for children in the office, in our communities, and in our capitol.

A 2018 study from the Journal of Urban Health found that 4.6 million U.S. youth live in homes with at least one loaded, unlocked firearm. Safe gun storage prevents accidental injuries and suicides. States with laws that require handguns to be locked have 68 percent fewer firearm suicides per capita than states without such laws, even after controlling for confounding variables. Share with parents and caregivers:

Reducing firearm violence is one of MNAAP’s legislative priorities. The chapter advocates for policies that can protect children, including: