A teenage patient who has been coming to you her entire life is brought in by her parent, who is concerned with the teen’s complaints of stomachache, fatigue, and loss of appetite. The teen denies having intentions of losing weight, and her BMI is still above 50 percent. However, her weight has dropped significantly enough that she has steeply fallen off her growth curve, and she hasn’t had a period for five months. When a patient like this presents to your clinic, an eating disorder needs to be on your mind. In primary care, we are well-positioned to identify eating disorders early and intervene. We just need to ask.

Eating disorders in children and adults frequently go undetected for lengthy periods of time. This is a concern because early intervention is robustly linked to positive prognosis in these deadly illnesses. Pediatricians have the perfect vantage point to initiate intervention with children and adolescents with eating disorders. This is because patients often present first in primary care, usually with nonspecific concerns such as stomachaches, fatigue, depression, amenorrhea, or unexplained weight loss. When pediatricians screen for eating disorders, we are often able to identify them earlier and support families in seeking appropriate care.

Intervention in a primary care setting can also reduce the risk of patients failing to follow up with specialty care, which is another barrier to intervention for eating disorders. When a primary care provider diagnoses an eating disorder it can reduce some of the stigma of having an illness, because it recasts it as a medical issue, rather than a mental health issue. Additionally, pediatricians often have long-standing relationships with families as trusted medical experts. This relationship can help parents feel supported as they struggle to take action to address their child’s disorder.

Good evidence-based outpatient care for eating disorders exists, but it is frequently very hard for patients to access. Family-Based Treatment (FBT) is considered the first line evidence-based outpatient treatment for treating adolescent eating disorders, however, fewer than 100 practitioners worldwide are certified in this method. Most of those who are certified are located near a major metro area, which limits rural patients’ ability to access treatment. Mayo Clinic has developed and piloted a modified version of FBT for delivery in primary care, by a primary care provider. This intervention is called Family-Based Treatment for Primary Care (FBT-PC). This interdisciplinary program allows for the comprehensive management of both psychological and medical factors at a single location and has the potential to improve access to eating disorder care for anyone with a primary care provider.

In early 2017, two pediatricians and one family medicine nurse practitioner at the Mayo Clinic received training in FBT-PC. All providers in the pilot program were volunteers and saw FBT-PC patients as part of their standard clinical practice. Providers received four hours of initial training led by two clinical psychologists who specialize in the treatment of adolescent eating disorders, one of whom is FBT-certified. The content of the training consisted of FBT interventions that focus on weight restoration and normalization of eating by empowering parents to take charge of refeeding their child through monitored meals. Throughout the pilot, providers participated in monthly hour-long FBT-PC case consultation meetings with the psychologists and had the ability to consult with them in between sessions as well.

Results from a pilot study of FBT-PC suggest the intervention is suitable for implementation in primary care settings and was associated with significant improvement in patient BMI percentile after three months. The rate of weight gain was comparable to that recommended in standard FBT. Providers had success engaging caregivers or parents, and retaining families in treatment. These findings suggest that additional study of the FBT-PC intervention is warranted, and confirms the idea that primary care is a feasible and potentially effective setting to implement eating disorder care for young patients.

Pediatricians are dedicated to the sustained health and wellbeing of their patients. The standard practice of reserving eating disorder interventions for specialists, and failing to involve primary care in the treatment ignores the powerful role pediatric providers can play in helping young patients get care. By shifting the paradigm and arming pediatric providers with the evidence-based tools they need to help families of children and adolescents with eating disorders, there is the potential to increase early intervention and improve patient outcomes. 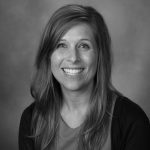 Jocelyn Lebow, PhD, LP, is a clinical psychologist at Mayo Clinic and is certified in Family-Based Treatment.