Word from the President 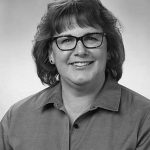 When I returned from the American Academy of Pediatrics National Conference & Exhibition (NCE) that was held in New Orleans this year, I felt energized and rejuvenated after listening to the many speakers and mingling with pediatricians from across the United States and other countries. It is abundantly clear that children all over the world are faced with similar challenges including poverty, barriers to access, disparities and trauma to name a few.

I came away from the conference with many useful notes and pieces of information. I am going to share a few of the pearls that I took away from the NCE. I hope you find them interesting and helpful.

Dr. Peter Hotez, a pediatrician and a scientist, presented about the anti-vaccine movement and discussed ways to address the concerns of vaccine-hesitant parents. It struck a chord when he stated, “We have to build into our science training how to engage the public. This used to be thought of as grandstanding.”

You can help build resilience in families dealing with chronic illness. Look the parent/caretaker in the eye and ask, “how are you doing?” Then listen attentively.  This seemingly small thing can make a difference in building a family’s resilience.

A good website to check out for gun safety resources is www.besmartforkids.org. It offers a framework to help parents and adults normalize conversations about gun safety and take responsible actions that can prevent child gun deaths and injuries.

Overcoming the Belief in Human Hierarchy

The speaker Gail Christopher stated, “To be biased does not make us racist – it makes us human.” Narrative change is the key. We must change the narrative to achieve racial healing. “Our greatest task is to learn to see ourselves in the face of others.”–Albert Einstein.

Josh Shipp spoke about his childhood in numerous foster care placements and how he started acting out so that he would get kicked out of each home as quickly as possible. “Every kid is one choice away from being a statistic,” said Shipp. “Every kid is one caring adult away from being a success story.” He shared that it is important for the caring adult to be tough and tender.  The child that is struggling must develop the intrinsic motivation to change their own life.

Child Health in the Warming World:

There is so much to think about – it can easily become overwhelming. So, as we continue to take the best care of children and families that we can, please support each other, be kind to one another and know that the work that we do is a calling and a privilege.