During the legislative session, MNAAP members receive bi-weekly legislative updates emailed to them from the chapter’s policy chair and lobbyist.

MNAAP sent a letter to leadership in both the House and Senate indicating strong support for increased funding for early childhood initiatives, MNAAP’s top legislative priority this session. These initiatives enhance the health, education, care and opportunity of our youngest Minnesotans.

Given the $9.25 billion budget surplus, MNAAP argued now is the time for significant investment in early childhood initiatives. Portions of these investments are moving in the House of Representatives but have yet to move in the Minnesota Senate.

The Minnesota Legislature reconvenes on Monday, January 31 with several new key players. In the Senate, there will be new leaders for both caucuses – Senate Majority Leader Jeremy Miller (R-Winona) and Senate Minority Leader Melisa López Franzen (DFL-Edina). Miller takes over for Paul Gazelka (R-Brainerd), who is running for governor. López Franzen takes over for Sen. Susan Kent (DFL- Woodbury), who is not seeking re-election.

The House leadership remains largely the same, but 23 legislators have already announced they are not seeking re-election, including House Ways and Means Committee chair Rep. Rena Moran (DFL-St. Paul) and House Tax Committee chair Paul Marquart (DFL-Moorhead). Seven of those legislators are seeking other offices.

Speaker of the House Melissa Hortman (DFL-Brooklyn Park) announced the House will meet predominantly virtually this session, with floor sessions being in-person and committee rooms available to members if needed. The State Office Building, where representatives have their offices, will be closed to the public. Speaker Hortman noted that this may change as health and safety conditions evolve. The Senate is expected to hold more hybrid committee meetings, with some in-person options available, but senators’ offices in the Senate Office Building are accessible by invitation only. 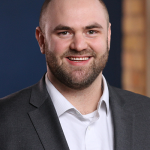 Nearing the end of 2021, a time when words like “Delta variant,” “vaccine hesitancy,” and “I think you’re muted” were all regularly used, plenty of Minnesotans are hoping for a more normal 2022. From a political perspective however, I am here to tell you that won’t likely happen for a variety of reasons.

Minnesota still has the sole split-legislature in the nation. With Republicans retaining a majority in the Senate and DFLers in control of the House, Minnesota is entering its fourth straight session of split government. The split hasn’t forced either side into many compromises in recent years, and lawmakers will enter 2022 with additional unfinished business from the interim.

On top of that, GOP members in the Senate threatened to reject the confirmation of Minnesota Health Commissioner Jan Malcolm amidst discussions of school and employer vaccine mandates. Governor Tim Walz stated he would not call a special session without assurances that Malcolm won’t be removed – something Republican senators were not willing to agree to. The $250 million will not and cannot be distributed without the legislature being in session to approve it. That will need to wait until the legislature convenes on Jan. 31, when Republicans could also vote to remove the health commissioner from her present post.

Virtual Session in the House

Minnesota Speaker of the House Melissa Hortman (DFL-Brooklyn Park), announced in a letter to House members and staff that the House will continue remote and hybrid operations through the end of the 2022 legislative session. Hortman also noted the policy could change “as health and safety conditions evolve.”  According to the letter, there will be at least a 30-day notice prior to any change. There has not been formal communication regarding the Senate’s plans for operations, but it is believed the Senate will likely meet in-person at the Capitol.

With no constitutional requirement to pass a state budget and the 2022 elections on the horizon, the second half of the biennium is typically less active than the first. All 201 legislators will be on the ballot in 2022, along with the governor. Two legislators, Senator Paul Gazelka (R-Nisswa) and Senator Michelle Benson (R-Ham Lake) announced their gubernatorial candidacies this fall, joining former State Senator Scott Jensen as frontrunners to challenge Governor Walz. When he announced his candidacy, Gazelka stepped down as majority leader and Senator Jeremy Miller (R-Winona) was selected to take his place. Simultaneously, Senate Minority Leader Susan Kent (DFL-Woodbury) announced she would not seek re-election in 2022, leading to the DFL caucus selecting Senator Melisa López Franzen (DFL-Edina) as the new minority leader.

The new leadership will have plenty on their plates as the entire legislature discusses their priorities going into the 2022 session. Similarly, please stay tuned to newsletters and updates as the MNAAP 2022 legislative priorities are finalized and announced.

MNAAP is a leading voice on children’s health issues at the Minnesota Capitol. The start of the 2022 Minnesota legislative session is still a few months away, but MNAAP is using this downtime to prepare to make the most of our advocacy on behalf of Minnesota’s children.

All members are invited to join the MNAAP Policy Roundtable discussion on Thursday, October 21, 6:30 – 8:30 p.m. to discuss the issues that the chapter may focus on during the 2021 legislative session.

MNAAP’s policy co-chairs, Sue Berry, MD, FAAP, and Hannah Lichtsinn, MD, FAAP, will facilitate the virtual conversation focused on identifying policy priorities for the Board to consider based on member feedback, legislative viability and other considerations. The ideas that come from the roundtable discussion may also help the MNAAP board decide on the chapter’s strategic goals for the next three years. The roundtable is the perfect opportunity to share your perspective on the issues that the MNAAP should focus on at the Capitol during the upcoming legislative session.

Can’t make the roundtable? We’re still interested in hearing from you about what advocacy topics are important to you.

Click here to RSVP for the roundtable and/or provide your perspective.

Session Starts with a Heavy Heart

The Minnesota Legislature convened on Tuesday, Jan. 5, to begin what is expected to be a five-month session. It started with a very heavy heart for many of us when we learned of the death of long-time lobbyist Eric Dick the day before.

Eric was employed by the Minnesota Medical Association for 10 years and served as MNAAP’s lobbyist for most of those years. Eric brought a wealth of knowledge of the legislative and political processes. Prior to his work with MNAAP and MMA, Eric served as a committee administrator for the Senate Judiciary Committee, and prior to that worked for Congressman Ron Kind of Wisconsin.

Eric is missed by many who worked with him over the years. Upon hearing of Eric’s death, Sen. Matt Klein, MD (DFL-Mendota Heights) said the following: “Eric Dick was a model of advocacy with integrity at the State Capitol. He was good at what he did because he believed in the power of good government to ensure ethical and accessible health care for all. He was unfailingly kind, hopeful, informed, and professional; it was a pleasure to see him in the hallways or the offices every time.”

We will all miss Eric, his guidance, his love of good policy, and his welcoming personality.

Minnesota again has the distinction of being the only state legislature in the country that has a split government, with different parties controlling the different bodies. This increases the challenges of reaching agreement, especially on issues for which there is controversy. In addition, the Legislature is facing a budget deficit that they will be required to balance before they adjourn in May.

These two factors create some uncertainty on how much the Legislature will be willing to accomplish this year.

MNAAP intends to actively pursue key issues despite these barriers. Priority issues for MNAAP in 2021 include: